Today I would like to show to you some very interesting satellite images, which can help us learn some unknown history of the Earth and those who inhabited it some time in the past. If this photos are real and not fabricated by Google Earth, they  provide an interesting "find" which  may support theory of  global cataclysm.
A cataclysm which possibly erased civilization which was responsible for pyramids like those of Giza and other unexplained structures throughout the world.


In these photographs we can reconstruct  footprints of geological-mining,  excavations or large earth projects, sometimes reaching up to 6 kilometers wide and 3 to 6 kilometers deep.  Traces of  "big tracks" often run straight through the hills, the cracks in the earth surface and underwater cliffs. They continue through thousand of kilometers of the seabed.

One could speculate that they must have been constructed by the past earth inhabitants before the great cataclysm happened and all of it has been flooded by unimaginable amounts of water.

Who could be those who were capable of creating such massive projects which can be only visible from satellite view and hasn't been yet brought to public knowledge by established science. The immense regular shapes of underwater structures couldn't happen naturally and can be only result of an intelligent possibly mining effort. If this is mine production, this should be seen as a scientific and an archeological sensation, yet nobody talks about it.  Is our science not developed enough to recognize those observations and bring it into light of mainstream science, or there are other forces here at play.

We must bear in mind the possibility that we can only see part of what satellite picture offers. If you look closely at some of the pictures, you can notice smudges and lighter areas which look like attemptes to obscure the view and limit the scale of the underwater shapes.

Is it possible that broader public should be not aware of those structures and not ask unnecessary questions?
Here are the pictures: Click on the pictures to see larger view. You can also download Google Earth and see it for yourself. 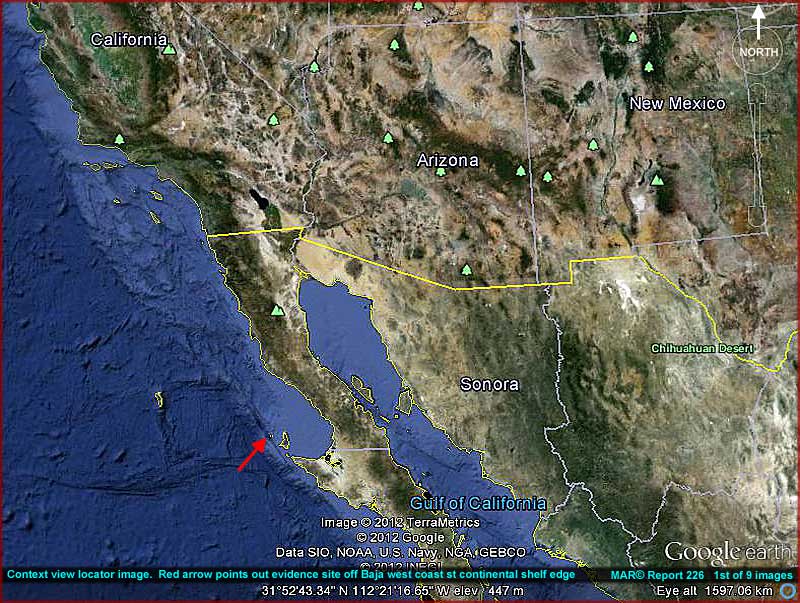 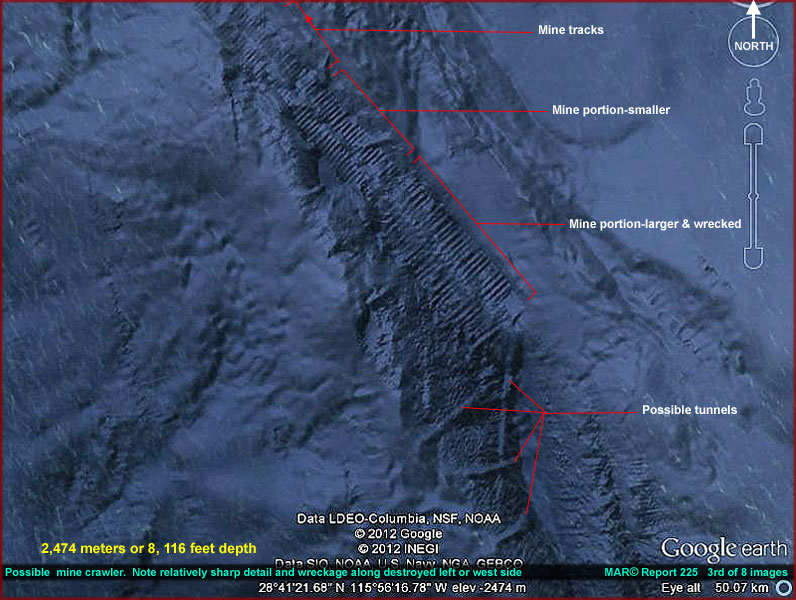 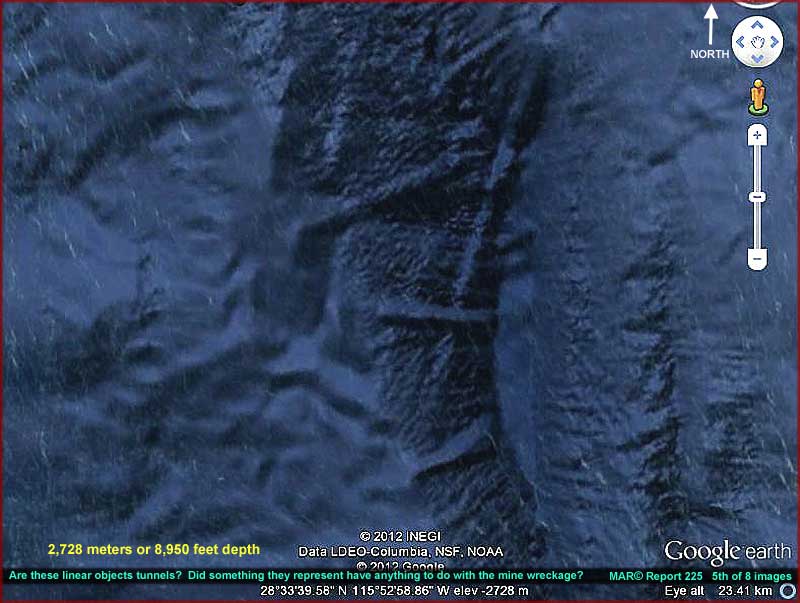 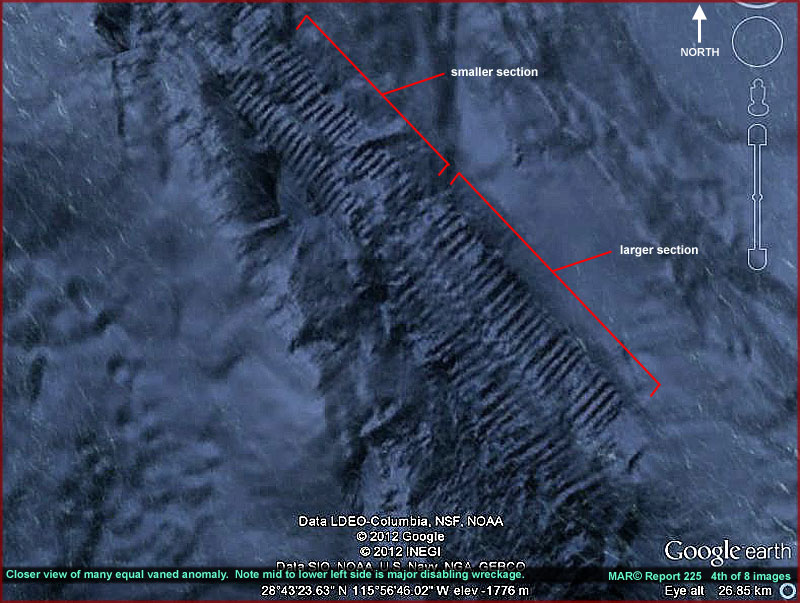 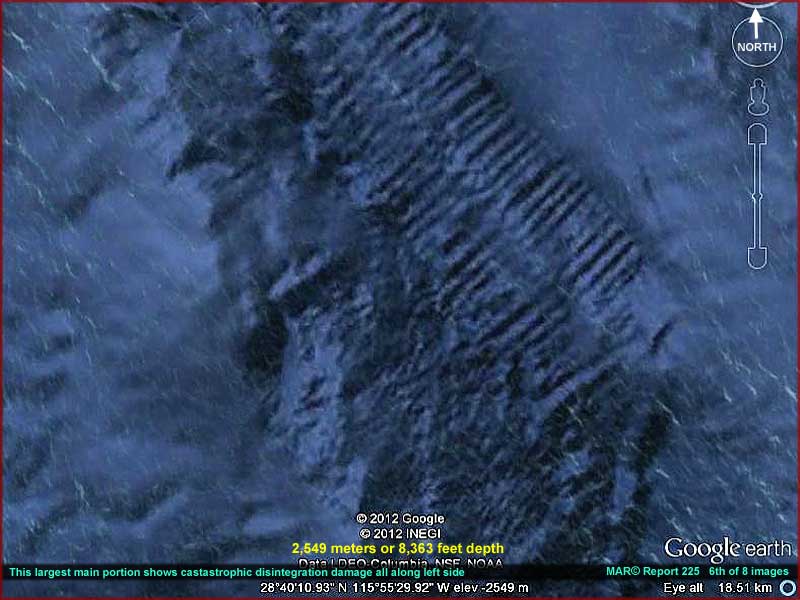 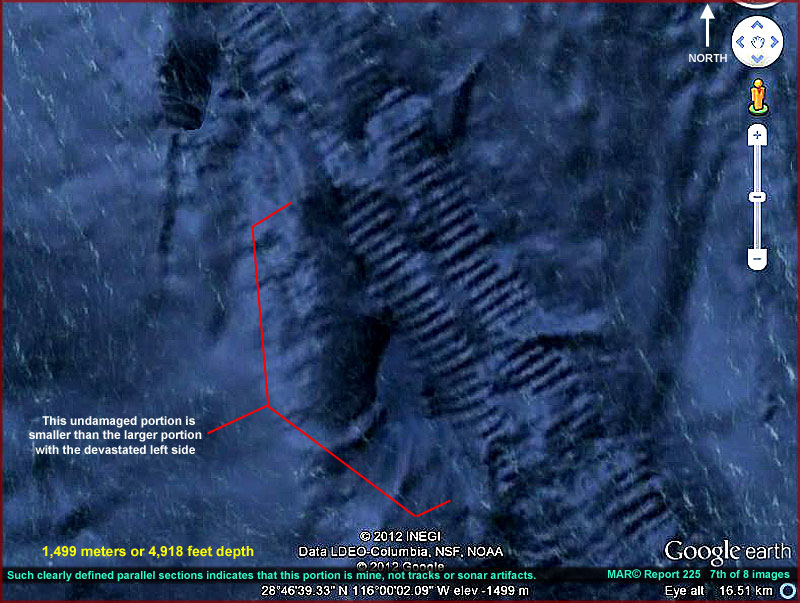 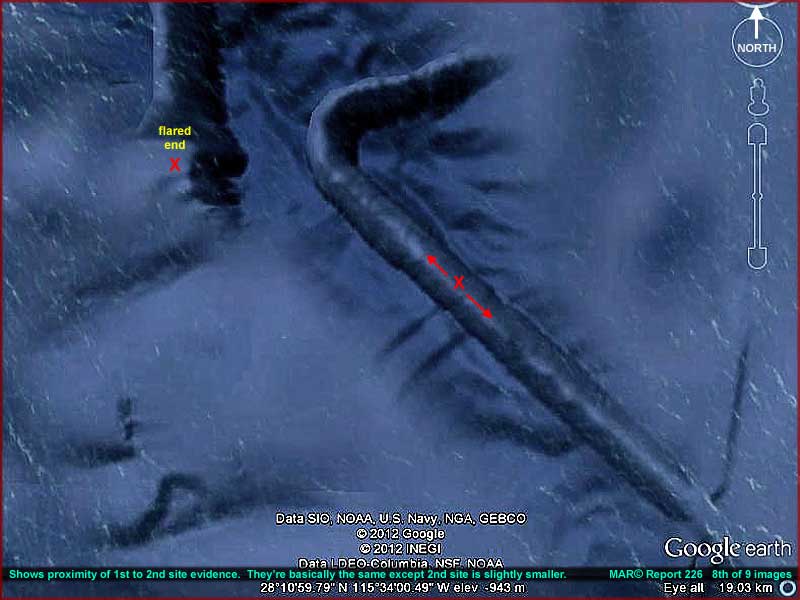 You can see source of those images here and in depth description.

Underwater Anomalies in the Andes of Peru

As of this writing, The Telegraph just published this article.

Geologists have announced the discovery of what has been dubbed the 'Brazilian Atlantis', some 900 miles from Rio.