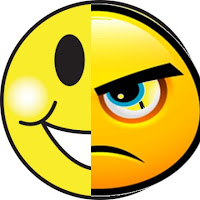 After reading above title you might ask yourself who could ask such an absurd question.  I would never ask this question probably myself if I have not read chapter titled "The Health Implication of Multiple Personality" from the book The Holographic Universe by Micheal Talbot.

This article is not in any way discussing problems of MPD and its various causes and or suffering of those who are affected but concentrates on the mind's ability to affect human biology through  believes.

In the article which I wrote on Apr 18 titled Top Stem Cell Biologist Says "The Genes Don’t Control Life I was presenting ideas of  Bruce Lipton, top stem biologist who demonstrated through his research that genes have very little influence on life. The article I have read on MPD, only confirms this fact.
When I read specific details about those who were affected with this disorder (MPD), I could only wonder about our brain/mind/body ability to adjust to different demands of the environment and/or our perception.


For example MPD subject will have most of the follwoing

They also will have biological differences as follows

Here are other traits of multiples

When you read those possible states of one individual not only you will agree that genes have nothing to say in terms of our life but you will come to realization that our psyche has such a powerful influence not only on how we feel but also how our chemical processes in our body run.

If believe or state of mind can make one person to be drunk in one state and totally sober in another, if person in one state can have diabetes or epilepsy and be instantly healthy in another soon after switching personalities,  this defies entire science and 300 hundred years of so called progress which attempts to make us believe that all we need to do is to find proper gene or proper combination of chemicals to solve any health problem.

We can ask ourselves if a non- MPD person can cause changes in their biology like the MPD person can after switching from one personality to another. It turns out that it is also possible, but those cases don't make news. Why?, because they are not going to make money to anybody and this ability can't be patented like e.g. genes responsible for alleged breast cancer or other diseases.


On this in another article.


It turns out that if our believe is anchored in our unconsciousness, (meaning we are not aware that could be any other way), we accept this as the highest truth and our body acts accordingly to our believes.

Switching of multiples between their personalities is the best example for this as they are not consciously aware that they have those sub-personalities. Whatever caused them to have those different isolated areas of consciousness, is their entire truth once they enter it and their body acts accordingly to the truths contained in the bubble of believes.

The biology is stimulated by our thoughts and thoughts are stimulated by our believes and to change our biology we need to change our thoughts which will change our believes. If we repeat frequently enough certain statement, our body mind won't be able to make any difference between it or a factual observation. In the end body will adjust to our feelings during the period of making affirmation or training and will heal or get sick depending of the emotional state we are creating during our practice.


The Woman with Seven Personalities - Interview on the Jensen Show