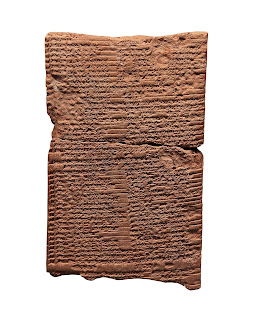 
"Let us make clear, once again, that we do not believe the ancient Sumerian and other Mesopotamian stories are 'absolutely true' history. These stories that have come to us through thousands of years of oral tradition and writing are bound to be somewhat distorted--probably in some cases deliberately distorted by the Anunnaki. But I feel these ancient stories are probably as close as we'll come to the truth today..."


Horn resigned as a professor of biological anthropology at Colorado State University in 1990 after he concluded that the conventional explanation for man's origins that he was teaching were "nonsense".
After years of study, he came to belive that extraterrestials were deeply involved in the origin and development of humans.

I have provided above statement of a scholar and a scientist who have investigated and researched human history and have finally resigned from his academic position because he was not finding himself inline with his own believes and couldn't teach anymore what has been known in main stream of history of human origins.

Sumer is the first known ancient human civilization, which hasn't made into school books yet. One of the main reasons it didn't make it, is that it doesn't fit the accepted theory of human kind proclaimed by scientific establishment which is financed by present governments and their shadows.

"Sumer arose between the Tigris and Euphrates rivers in the area known today as Iraq, which is related to ancient Sumerian city of Uruk.  Sumerians knew written language, law, mathematics, agriculture and astronomy and they had their most advanced period about 4000 BC.

By 3300 BC, archeological studies have shown that Sumerians had drained marshes, dung canals, constructed dams and dikes, and built a large scale irrigation system next to gleaming cities containing huge pyramids structures called ziggurates." writes Jim Mars in his book "Our Occulted History"

About 2400 BC Sumer was defeated and united under Hammurabi of Babylon.

Nothing was known about Summer until late 1800s, when ancient buried cities, broken palaces were discovered and thousands of clay tablets were found with ancient written history.

It appears that Sumerians according to Samuel Noah Kramer, author of History Begins at Sumer have developed the wheel, schools, medical science, the first written proverbs, history, the first bicameral congress, taxation, laws, social reforms, the first cosmogony and cosmology, and the first money and the first writing system (cuneiform).  Their history has been written on clay tablet's, which after writing were dried, baked and kept in large libraries. About five hundred thousand such tablets have been found.

Allan Alford noted that "The whole concpet of spherical astronomy, including the 360-degree circle, the zenith, the horizon, the celestial axis, the poles, the ecliptic, the equinoxes, etc, all aroused in Sumer"

Their knowledge about movments of the sun and moon contributed to the world's first calendar used for centuries by Semites, Egyptians and Greeks.

They originated 60 minutes in an hour and 60 seconds in 1 minute it is also reported by Alford.
He also added that modern Zodiac was based on their 12 "gods".  They computed great processional cycle that lasted 25,920 years, known as the Platonic year.

One could ask how this primitive culture which was supposed to live in caves during this period, and throw stones, was able to come up which such a high sophisticated knowledge.

It is also worth to note, that Sumerians knew about existence of our solar system and were aware of all their planets identified correctly with one extra planet not known to present science.

Our science discovered latest planets of our solar system in last millennium only.

I will get into this later in more details, but to just provide a hint why such distant, to this day largely unknown civilization to our educational system, had such a high knowledge, we need to just read what Sumerian themselves reported.

According to them, their knowgladge came from their Gods.
Who were their gods and where they came from and how they are linked to our current history in the next article.


Anunnaki & Nibiru - Everything you need to know