Sudden advancement of Sumerian civilization out of nowhere

In my previous posts I have written about Sumerian culture and how historians believe that such an unexpected civilization not being preceded by any other civilized group has been established. Some 2,000,000 years earlier man has used stones as tools until circa 3800 B.C.
Out of nowhere man achieved unprecedented development of civilization and to this day scholars have no answers where the Sumerians came from and who they were.


How was it possible that out of nothingness new civilization showed up and have created beginnings of what we today might consider as our own accomplishments.

Reading book "The 12th Planet" by Zecharia Sitchin I have found out that Sumerians have discovered or were given solutions which some of them were not know to human kind even 200 years ago.


How civilization 4000 years ago was able to use mass printing devices, use oil to create fuel, build highrises (40 stories pyramids), understand cosmology better than our science even 50 years ago, be able to do medical operation on humans, have legal and financial system, developed their own writing, understand mathematics and medicine,  have basics for family arrangement where they were able to give support to divorced woman,  have known how to travel by ships and traveled through oceans, while during Middle Ages we believed that earth was flat, that Columbus discovered America, and later that Gutenberg invented print and certain medical procedures were not know to us even 100 years ago.

Why all this in first placed appeared and then disappeared or at least stagnated for thousands of years.

Here is condensed list of know facts about Sumarians and what they have contributed to based on the "The 12th Planet" by Zecharia Sitchin.

When you read this list you might scratch your head if this is all not made up. It definitely sounds like this is, but supposedly all this has been written on thousands of clay tablets and cylinder seals.

The question still remains, why all this knowledge is not part of school curriculum and mainstream views? Why 1000s of artifacts in museums in Iraq during the American invasion and occupation have been displaced and gone missing.  Maybe because millions of books would have to be rewritten and many people who made their career on current views would lose their jobs?
And what about religions? Would they correct their Bible and start interpreting events from different level? 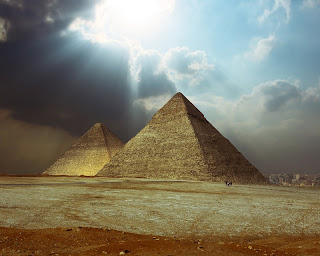 Posted by Bogdan Fiedur at 20:43 No comments: