Did evolution really happen or it is just a fairy tale for grownups?

He writes about Prof. Ignacio Pacheco who gathered ordinary sand found on the non-polluted beach and heated it to 1400 degrees C. It is believed that above this temperature any biological forms are destroyed.  Next sand was put into sterile environment and cooled off.  Finally sand was mixed with distilled water and poured into sterile test tube. Subsequently the tube has been sterilized two times with 24 hours between sterilizations to destroy all known spores and vegetative cells.
Taking tests and observing the tubes, Pacheco observed a verity of living structures appeared in the water which resembled complex living organisms, which were capable of growth and division. They were moving around the tube. Some of them looked like microscopic sea vegetables Gorgonia. You can find more about this here and here.

I'm including some images found on the above pages. 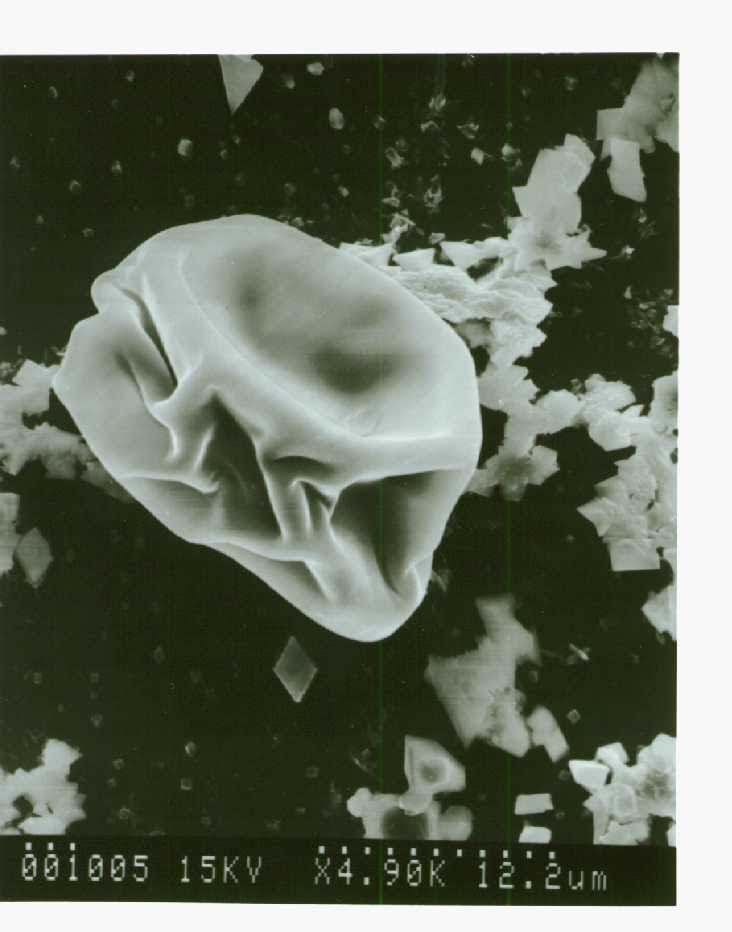 SCIENTISTS have discovered that inorganic material can take on the characteristics of living organisms in space, a development that could transform views of alien life.
An international panel from the Russian Academy of Sciences, the Max Planck institute in Germany and the University of Sydney found that galactic dust could form spontaneously into helixes and double helixes and that the inorganic creations had memory and the power to reproduce themselves.
A similar rethinking of prospective alien life is being undertaken by the National Research Council, an advisory body to the US government. It says Nasa should start a search for what it describes as “weird life” - organisms that lack DNA or other molecules found in life on Earth.
The new research, to be published this week in the New Journal of Physics, found nonorganic dust, when held in the form of plasma in zero gravity, formed the helical structures found in DNA. The particles are held together by electromagnetic forces that the scientists say could contain a code comparable to the genetic information held in organic matter. It appeared that this code could be transferred to the next generation.
Professor Greg Morfill, of the Max Planck institute of extra-terrestrial physics, said: “Going by our current narrow definitions of what life is, it qualifies.
“The question now is to see if it can evolve to become intelligent. It’s a little bit like science fiction at the moment. The potential level of complexity we are looking at is of an amoeba or a plant.


Since we can observe DNA like structures to be spontaneously created out of dust, sterilized sand and water, how does the evolution stack up against it?

Professor Louis Bonoure, Director of Research at the French National Center of Scientific Research, said "Evolutionism is a fairy tale for grown-ups. This theory has helped nothing in the progress of science. It is useless."

Two scientists Richard Muller and Robert Rohde have found that

BERKELEY, CA – A detailed and extensive new analysis of the fossil records of marine animals over the past 542 million years has yielded a stunning surprise. Biodiversity appears to rise and fall in mysterious cycles of 62 million years for which science has no satisfactory explanation. The analysis, performed by researchers with the U.S. Department of Energy's Lawrence Berkeley National Laboratory (Berkeley Lab) and the University of California at Berkeley, has withstood thorough testing so that confidence in the results is above 99-percent.

“What we’re seeing is a real and very strong signal that the history of life on our planet has been shaped by a 62 million year cycle, but nothing in present evolutionary theory accounts for it,” said Richard Muller, a physicist who holds joint appointments with Berkeley Lab’s Physics Division, and UC Berkeley’s Physics Department. “While this signal has a huge presence in biodiversity, it can also be seen in both extinctions and originations.”

So far we know that DNA like structures can be created out of dust and sand.
That we have mysterious cycles of 62 million years where biodiversity appears out of nothing on earth and that theory of evolution has more missing links than firm facts.

In another earlier article I was showing that light can arrange itself along the DNA and stays this way after DNA is removed physically from the test area, this concept is called DNA phantom effect.

It appears that it is the DNA or a wave like structure which molds the matter around us not the other way around. If this was true, what Darwin would have to say?