We have been told that as soon as scientists discover map of genetic codes (human genome project), medicinal discoveries will be able to cure any diseases and predict any potential issues one might have in terms of health.

In my previous articles I was presenting position of some scientists who don't believe that genes have any influence on life.

Bruce Lipton believes that genes have no more than 2% influence on our life.
Top Stem Cell Biologist Says "The Genes Don’t Control Life

In article about multiple personality disorder I have been presenting research from as early as 1930 showing that muliples, can change their biology in matter of minutes to the point of manifesting disease or instantly not having any symptoms, from being drunk in one sub-personality to being sober in another in a blink of an eye.

In another article I was showing that life forms were able to take place in an environment which has been heated to high temperatures and sterilized in lab conditions. Did evolution really happen or it is just a fairy tale for grownups?


In the phenomenon called DNA phantom effect I was presenting scientific knowledge that light patterns persist in vacuum resembling DNA even after DNA is removed from there for several days.

In article  Are our lives predetermined?   I was showing that identical twins separated at birth have similar psychological experiences and social likeness.

The purpose of this introduction is to show, that genes and our chemical balance are not the only factors in our conditions of health, but they are probably least factors of it.

As it is important to have proper balance of our body chemistry so biological process can take place, more important is our energetic flow and mental balance which determines that proper chemicals are created and that flow of energy in our body is not blocked.  The best example that energy is more important in our body than biological processes is the fact that when most potent energy producing organ which is heart stops beating, our body instantly starts dying. There are not known examples of humans or higher living organisms whose lives were prolonged by artificial hearts. There are possible cases that people can be still alive when their brain is dead or large portion of it is. 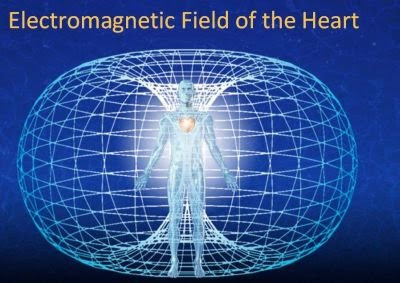 One could say that with the time, people will be able to receive artificial hearts, but this might be very far away and possibly one can create heart which will be able to access energetic signature of the person or create one.


Let's now go to Placebo which is the topic of this article.

I want to postulate that placebo is most important component of every healing process.  In fact I will be showing that anything else, like medication or medical treatments are only catalysts in the healing process and have only effect because we believe in them or because they are giving us temporary feeling of improvement, (which is important in strengthening our believe systems), and our body/mind  afterwards by itself takes care of fighting the disease.

I want to also postulate that in majority of the miraculous cases there is no divine intervention, but strong believe of the subjects in the healer or medication which brings in them abilities which we consider unnatural.

Examples below are taken from the book "The Holographic Universe" by Michael Talbot.

In one experiment psychologist Shlomo Breznitz, had several groups of soldiers march forty kilometers, but he gave each group different information.

Some only marched 30 kilometers and then they were told to go 10 more.  Some were told they would march 60 km but only marched 40.
Breznitz determined that stress hormone levels in soldiers were showing the estimate not the actual kilometers marched.

At the 1980 Winter Games in Lake Placid the fourth group showed the greatest improvement, then the group 3, 2 and 1.

In another experiment by physician Larry Dossey, subjects who were chronic headache sufferers were asked to keep diary of frequency and severity of their headaches. What startled the researchers was that the headache sufferers were not able to keep the diaries because their headaches disappeared. The experiment had to be aborted due to lack of data.

In similar experiment epileptic children were filmed during their interaction with their parents and then shown the film. After it most of the children would not experience the seizures, realizing what triggered it.

In 1950s condition called angina pectoris has been treated through surgery. One surgeon conducted an experiment in which he just cut patient open and then sewed him back.  It turned out that condition of the patient improved as it would be given regular procedure.

Warts were treated successfully with painting them with harmless purple dye.

In another example reported by psychologist Bruno Klopfer, a cancer patient had advanced lymphoma. The patient had been given all possible treatments and he was getting worse by the day. His entire body had tumors of the size of oranges and his internal organs were so enlarged that liquids from his chest had to be drained every day. The patient heard about new drug which was still under testing and he begged his doctor to give it to him. The doctor reluctantly administered the drug through injection and went home for the weekend. The doctor didn't expect patient to last till Monday. On Monday the patient's tumor were half the size and he was walking around. 10 days later patient was released from hospital cancer free.

After two months the patient learned from the news that drug which helped him, was determined to be infective in curing lymphoma. The patient got depressed and his cancer returned, he was admitted again to hospital.

Since the doctor didn't have anything better to offer to the patient, he injected him with the water and told him he got more potent version of the mentioned drug. The results were again instant, his tumors disappeared and he was again released from hospital cancer free. After another two months, news broke out that this drug called Krebiozen is totally worthless and American Medical Association doesn't recommend it. His cancer again returned and he died within two days.


All these examples show that believe is overriding factual science and if circumstances can create conditions in which person believes can be altered to convince person that procedure or drug is helpful, power of mind creates conditions in which body heals itself.

Possibly we are simply helped by drugs because we are told they are helpful and everybody around us strengthens this believe by giving us support and hope.

All this points that our body/mind abilities have unimaginable powers and what only inhabits them is lack of our believes in them or believes which are imprinted in our psyche which are limiting it.